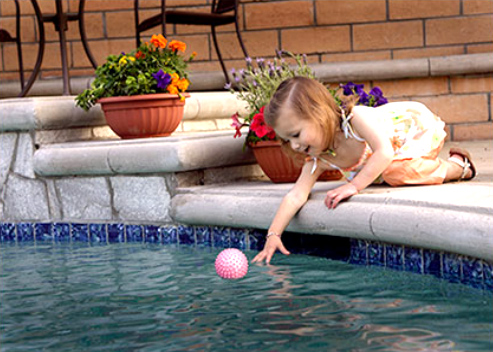 California remains near the top for summertime pool and spa drowning tragedies.

U.S. Consumer Product Safety Commission’s national Pool Safely campaign reports that pool and spa drowning deaths among children ages 1 to 14 reached 202 during the 98 days between Memorial Day and Labor Day.  Of those, 143 of the victims, or 71 percent, were younger than 5.

The CPSC report does not include non-fatal drowning incidents or fatalities occurring in other bodies of water.

Pool safely officials also recommend fences for all pools, staying close to children in the water, being alert, and teaching children how to swim.  Many pediatricians and physicians advise swimming lessons for families with small children.

“Both of my girls had swim lessons before 1 year (of age),” said Dr. Morris Yen of Santa Clarita Pediatrics. “If anything, it just prepared them in case of falling into swimming pool or being swept up by a wave.”

Some states have initiated pediatrician recommendations during baby well-checks as a drowning prevention measure to emphasize the importance of basic swim skills.

“It should be discussed at the visits,” said Dr. Kathleen Brockett of Valencia Pediatrics.  “If a child does not have swimming lessons but everyone around him or her can swim, that child is still not safe. It is really important to teach your child how to roll over and float until help reaches that child.”

Many children and adults with autism are at greater risk.

“We are not sure why so many people with autism are attracted to water,” said Emily Iland, president of the Autism Society of Los Angeles and co-founder of the Santa Clarita Autism Asperger Network.

“Inside the house, people with autism can drown in the bathtub, the toilet, or even the washing machine because of the attraction to water.  Outside of the house, they can be attracted to pools and other bodies of water,” she said.

“If we know that their attraction is to water throughout their lifespan, then the most important thing would be to have swimming lessons so if they do go into water, they can help themselves,” Iland said. “Infants can learn to swim, but maybe it is something we overlook even for adults. Especially if their fascination is with water, swimming lessons could be more important than for anyone else.”

Drowning remains the leading cause of accidental death among children ages one to five.  Santa Clarita residents have many resources available – from free CPR classes to year-around swimming lessons, special needs water safety training, and bilingual water safety material.  According to the doctors from several Santa Clarita medical centers, water safety techniques are a top priority.

“It’s something that is a necessity of life. If we can save one life by teaching techniques, that right there is the reward,” said Dr. Eric Fernandez of Facey Medical Group.

Gloria Locke is a Santa Clarita resident and producer of “SCV-Arts & Entertainment,” which airs Fridays and Sundays on SCVTV.  Article originally published at SCVNews.com.  You can view it at http://scvnews.com/2013/09/17/for-safetys-sake-teach-kids-to-swim-commentary-by-gloria-locke/ ask men